Cherry Blossom viewing in my neighborhood in 2016 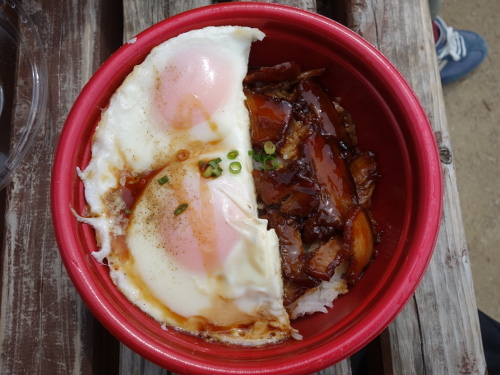 Today, March 29, 2016, I and my wife went to Heisei Park, Kumamoto City to have lunch with cherry blossom viewing. We sat on the bench and had lunch boxes that we bought on the way to the park. Lunch box is called o-ben-to or ben-to in Japanese. Prefix “o” represents politeness. Men usually don’t use the prefix “o” and say simply “ben-to“. Yoshino cherry (Prunus yedoensis), whose Japanese name is pronounced as “So-me-i Yo-shi-no” is now 50% that in their full bloom. In a week or so, they will be 100% in bloom. But, weather forecast said that it will rain the day after tomorrow (on Thursday). Though we don’t know whether this is the reason or not, there are namy people doing Hanami despite on Tuesday.

I’d like to mention about word order of Japanese. The word order in English is “subject + verb + object”. In Japanese, “subject + object + verb ” is a general order. For example, when you say “I go to school”, it is translated into Japanese as “wa-ta-shi-wa gak-ko ni i-ki-ma-su (わたしはがっこうにいきます or 私は学校に行きます)”. When directly translated as the word order into English, “I + school + go to”. When you translate these words into Japanese as English word order, “wa-ta-shi-wa i-ki-ma-su gak-ko ni”. That is not correct. But, don’t worry. Most Japanese would understand what you want to say and will show their appreciation for your efforts. Note that, from the standpoint of Japanese textbook, you have to say “wa-ta-shi wa gak-ko ni i-ki-ma-su”. 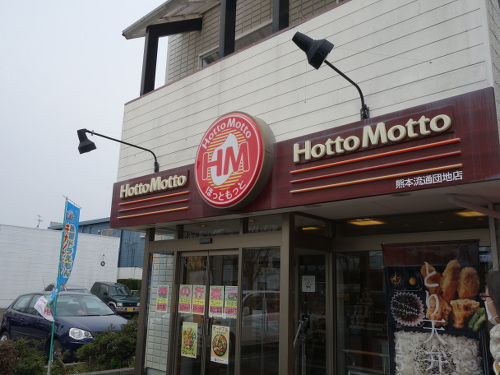 Branch of very famous Japanese chain stores named “ほっともっと (Hotto Motto)” is in my neighborhood. It sells various kind of lunch boxes. “Hotto Motto” is a major “Bento-Ya” in Japan.

This lunch box (“bento” in Japanese) is “今治焼豚玉子飯弁当”. This means that the roasted pork produced in Imabari city, Ehime prefecture and soft-boiled eggs of chicken are the main dishes of the lunch box. 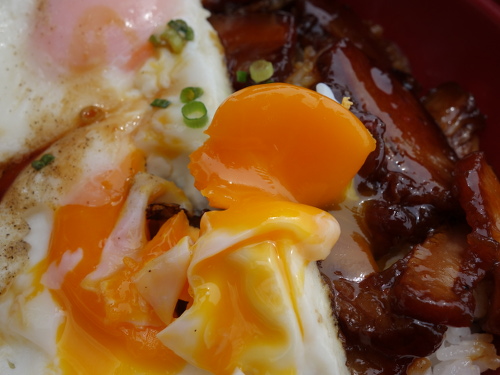 Soft-boiled eggs are so delicious. 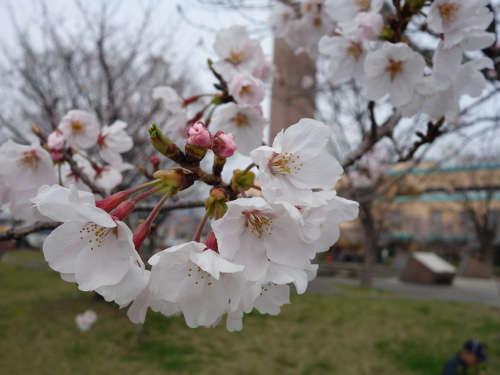 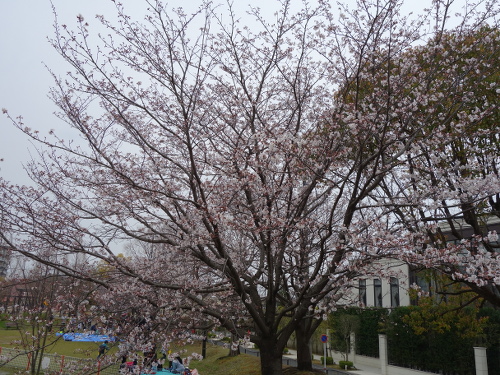 This Somei-Yoshino in the park is at most 50% that in full bloom. 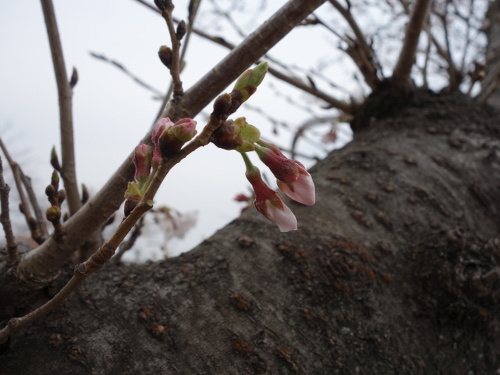 This Some-Yoshino bud will bloom in a few days. 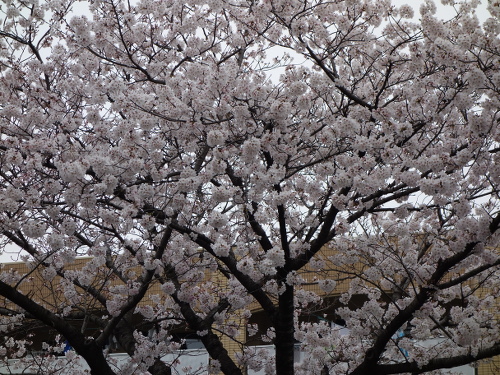 This Somei-Yoshino tree is in full bloom. 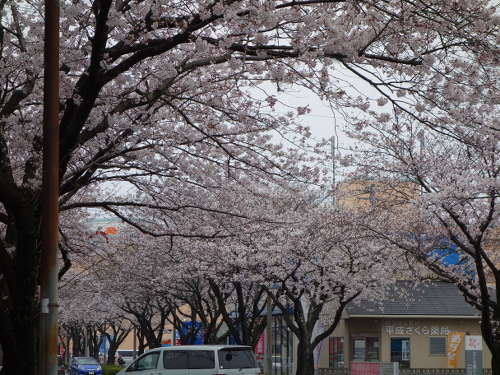 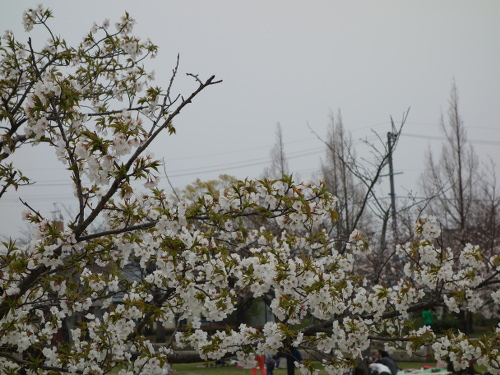 This kind of cherry blossoms are not Somei-Yoshino. 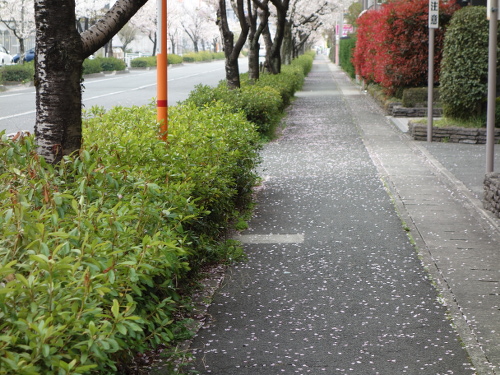 Petals on the sidewalk 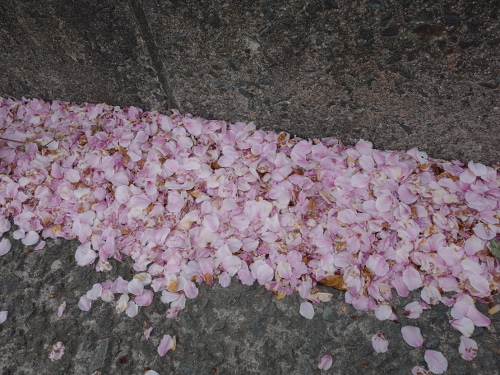 Early cherry blossoms had fallen on the sidewalk.

Petals that have been colored. These cherry blossoms are not Somei-Yoshino. 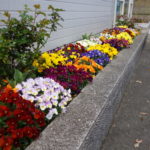 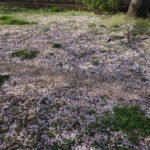